In this hostel I couldn’t sleep so well 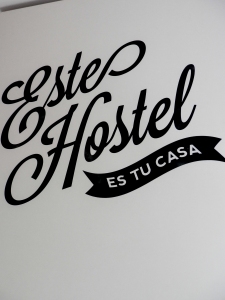 because it was hot in the room. And one of the girls closed the windows before going to sleep. But I still like the decoration and high-tech stuff there. And the beds were really good actually.

I also got the map from the reception again but this time it was really confusing map. At one point I even got lost and it was really hard to navigate. I started my day from the Cathedral as it was right next to my hostel. Even in 11 o’clock the streets were quite full of people. I didn’t go inside the cathedral but it was huge! And the line to get in was really really long. 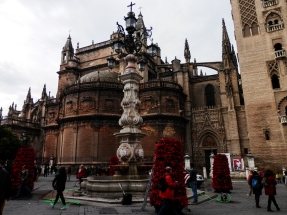 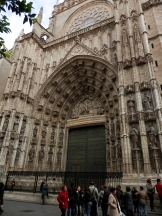 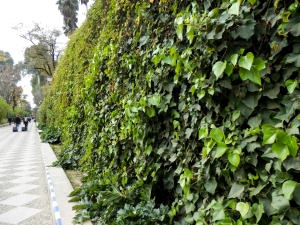 Most of the day I was in the parks because they were just so amazing and the whole corner of the city was just full of parks. The most amazing thing about Sevilla is Plaza de España which is located in Parque María Luisa. It has a huge pavilion building around the plaza and it took me around 15 minutes to walk it through. In the bottom are little corners dedicated to every province of Spain with a pictures and colorful tiles. Also you can get a boat and do a round on the little water area around the plaza. 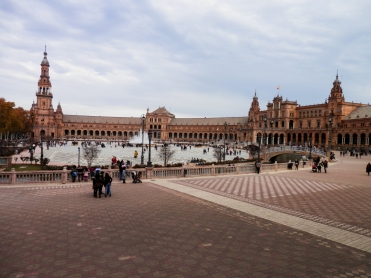 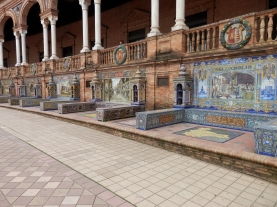 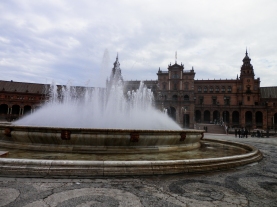 In the park I was probably around 2 hours. It was just huge and beautiful and I can’t even imagine how much more beautiful it would be in spring. It also had a little island just for birds. I don’t know how they stay around the area but it is quite cool. 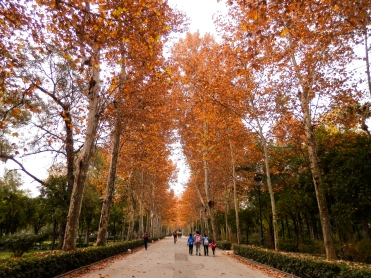 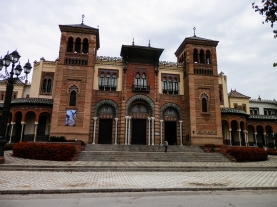 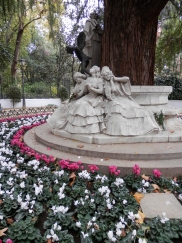 On the way to find something to eat I passed the University and I wouldn’t mind studying and going to school this building every day. It is beautiful. The place I ate was called Gorki and it is definitely more Spanish kind of place – the food had too much oil. And they had 3 waiters but it seemed that they can’t manage the whole room by themselves. 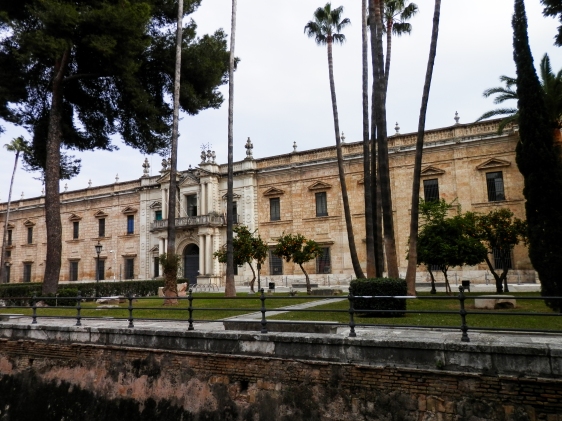 After nice meal I went to see the city from Torre del Oro. It was quite high but the view was still nice. Because I was back in the city center then I planned to go to see Real Alcázar de Sevilla, but they closed the doors right in front of us. So I went to Alameda de Hércules which is a garden square or mall. I would call it also a park. There was a lot of sellers and also exhibitions with photos. 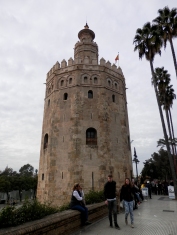 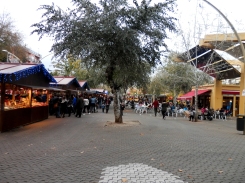 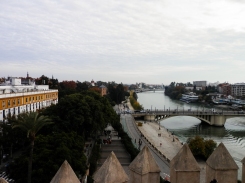 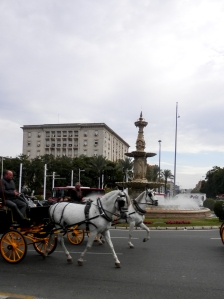 churches on the way and the map was just too confusing. Also by this time all the streets were just full of people. So I just got stuck behind them all the time.

The funny thing about Sevilla is how people use horses as transport. I get if it was in the park or off the big streets but they are everywhere. It is funny to see on the street – car, car, horse, horse, car, horse.

In general, on the third day I was quite tired. I wanted to sleep all day but somehow I just kept going. My last ride, Sevilla – Granada, was the first one ever to be ready to pick us up before the actual time. It is not common in Spain. Seville is really pretty but huge and definitely too overcrowded for me.