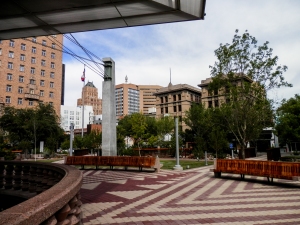 Downtown El Paso is not big. As it is hot then people don’t like spending their days outside so much. We went there during the day and we couldn’t spend over an hour outside. Most places have this refreshing water system so passing them was just a blessing.

The main square has a sculpture of crocodiles and as I’ve seen before then this little area is full of people in the evening when it is bearable to be outside. This little park/main square is surrounded by tall buildings. But same time they are the only tall buildings in the whole city. As America has so much space then they more build to sides rather than to heights. 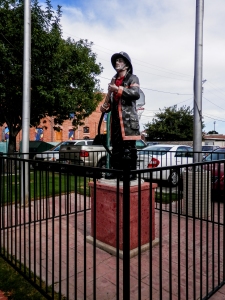 The next cool building was Plaza Theater which is an historic building. It really looks like this old style theaters which you see in the movies. And it is still operational today. They show various Broadway productions, musical concerts, and individual performers.

We still had some time on the parking meter so randomly went just on some street that looked more hipster-like and we just wondered to this sculpture that is for honoring the fireman.

Downtown is really small compared to other cities but as it is not some tourist place and so on then they don’t even need big skyscrapers. 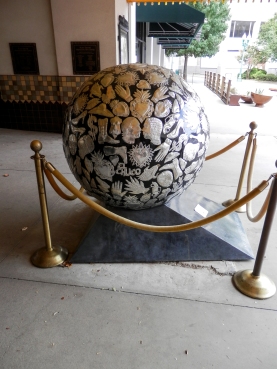 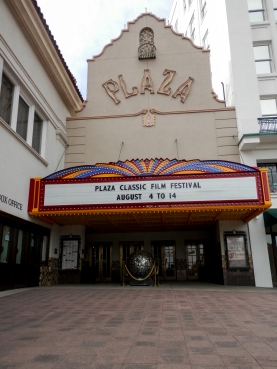