We went with few boys, stayed at my sister’s place. They kind of said what they wanted to see and then I kind of led the way. Had a lot of fun and even managed to see places I hadn’t seen before. The coolest time was in Suomenlinna. We explored everything I think, all those adventures.. 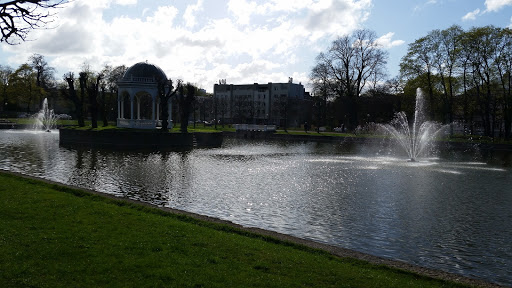 So we went with Stephen, first night we stayed at the Helsinki airport. I finally got to sit next to the window in a plane and I fell in love with the clouds. There is just something magical about them. We walked around a lot and I think we visited all the places that our friend told us to visit. Prices are pretty high and our was budget quite tight. At least we tried Wiener Schnitzel and got super lucky to get it as a daily special. The city itself is beautiful and breathtaking. 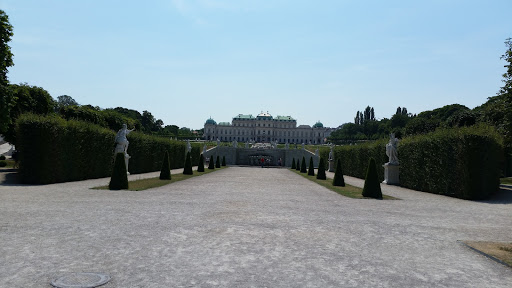 After two days of walking we headed to Bratislava by bus. We got the best tour guide – Martin. He took us around the city. I have to admit that if he hadn’t lived there then I probably wouldn’t have thought about visiting it. But I am glad I did and the city is actually amazing! I really liked the castle, the park with a belltower fallen into it and fell in love with the bookstore there. We also walked to the country border and visited Austria for few minutes again.
His family was extra nice and his granddad is the coolest. He told all kind of stories and he let us chill in his basement where he had all kind of cool thing – knifes, bullets, grenades etc. 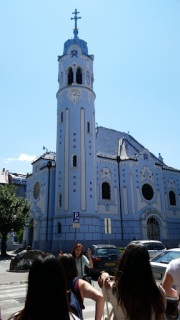 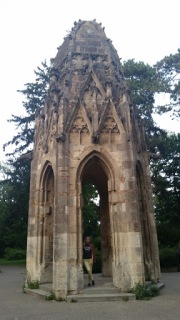 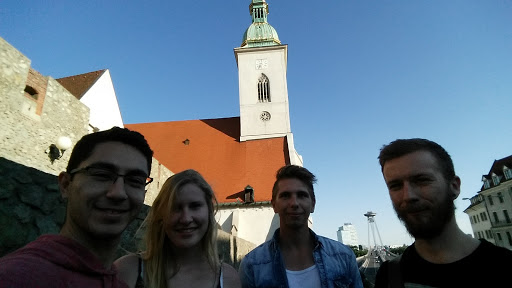